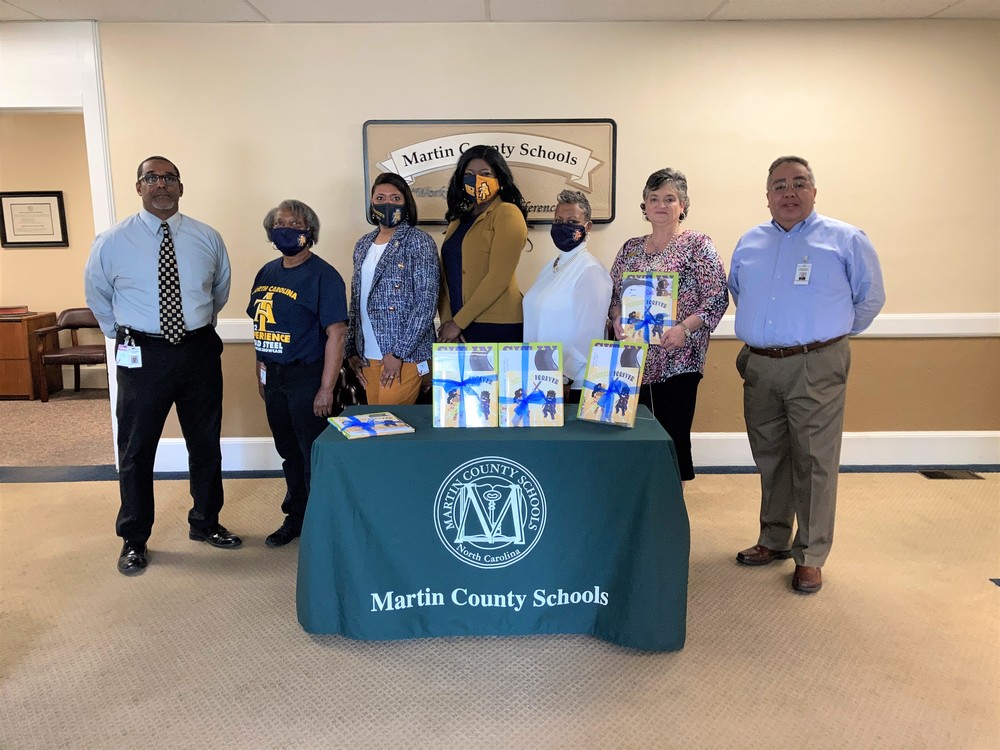 Gifts With A Message

“Thank you for what you do for Martin County Schools.” Those were the words of Angie Jenkins, President of North Carolina A&T State University’s Roanoke Chowan Alumni Chapter.

Jones and other chapter members visited the Central Office of Martin County Schools on Thursday (4/13) to present a special set of books for each of the district’s elementary schools to Dr. David Fonseca, Superintendent and Jan Wagner, Director of K-12 Curriculum and Instruction.

One focus for the chapter is supporting literacy efforts in their five county region which includes Martin, Bertie, Edenton/Chowan, Gates and Hertford Counties. The books donated have messages written by authors of color and have characters of color to help excite them about reading, Jones explained.

“Friends Forever” by Kim Saunders examines the relationship between two children who are new to a community and their experience settling in. Saunders is also a member of the Roanoke Chowan Alumni Chapter.

“I Don’t See Color” was written by Eastern North Carolina autor G. Todd Taylor and focuses on children appreciating one another’s differences instead of making them a cause for division.

The third book in each set was “Sit-In: How Four Friends Stood Up by Sitting Down” by Andrea Davis-Pinkney.This picture book, released in 2010, was created as a celebration of the 50th anniversary of the momentous Woolworth's lunch counter sit-in, when four college students staged a peaceful protest that became a defining moment in the struggle for racial equality and the growing civil rights movement. 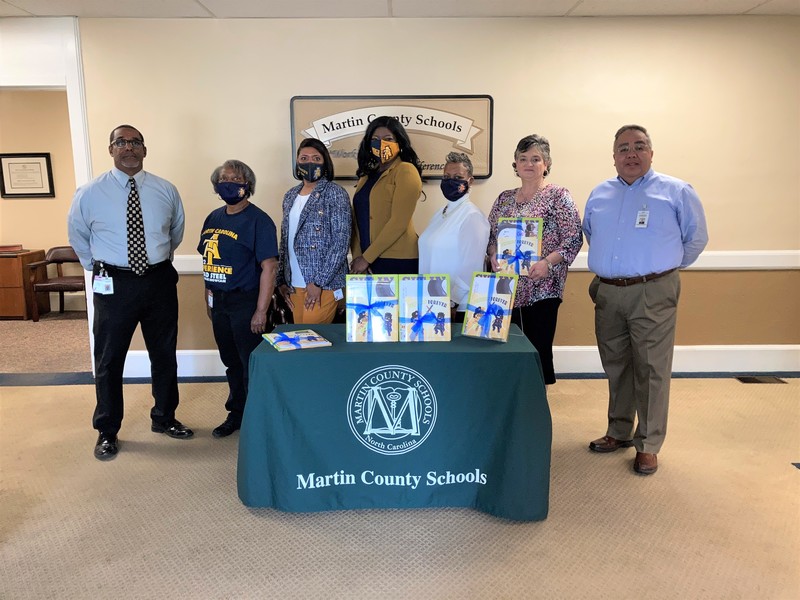